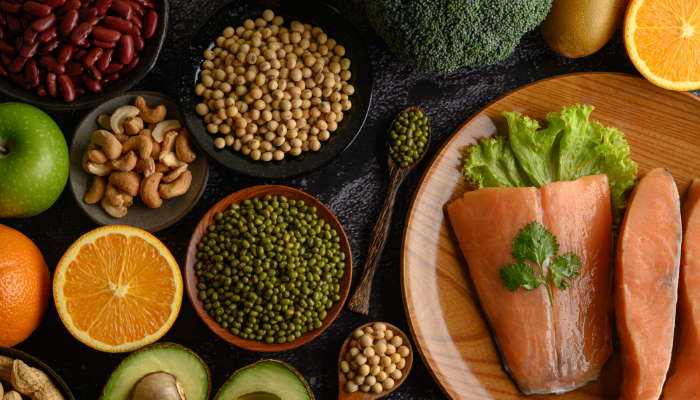 Proteins: What They Are

First of all, we try to give a very precise definition: proteins (or protides) are biological macromolecules consisting of chains of amino acids linked to each other through a peptide bond.

The term "protein" comes from the Greek prōteîos which literally means "occupying the first place". This says a lot about their importance: they perform a large number of biological functions and are present in all living organisms.

Proteins have enzymatic functions (useful for fundamental reactions for metabolism), structural or mechanical functions (muscles, skin, tendons), contractile functions (muscle), immune functions (the antibodies that make up the immune system are proteins) and energy function (when glucose is not enough, but this is not a way to prefer).

Proteins are characterized by a phenomenon called protein turnover: they are degraded and broken down into the amino acids that make them up!
The latter, then, will go to perform another function depending on the need.
In the human body there are tens of thousands of different proteins, and to synthesize them you need 20 amino acids.

Some amino acids (AA) are called essential amino acids and are the primary active component of proteins! They are defined as "essential" because humans cannot independently produce the quantity necessary to support all biological processes.
There are 9 Essential Amino Acids (EAA):

Then there are amino acids that are considered essential seeds whose exogenous intake becomes necessary in some pathological or para-physiological conditions. They are: glutamine, arginine, cysteine, glycine, tyrosine and proline. Tyrosine is equally essential for tissues but only the liver can produce it from Phenylalanine.
The more or less abundant presence of these amino acids determines the biological value of the protein itself.

Egg proteins are considered the reference proteins, rich in essential and sulfur amino acids, digestible, efficient and with the best absorption and use. Whey protein also scores very well.

These as foods that mainly provide protein, then there are:

From what has been said, it is clear that "eating proteins" does not mean "eating meat", we find them in different foods.

How many proteins to take?

The daily requirement is absolutely personal and also depends on the context and stage of life in which it is located. There are so many variables to keep in mind. For daily needs and the role of proteins on health, I refer you to the article Proteins, muscle mass, health.