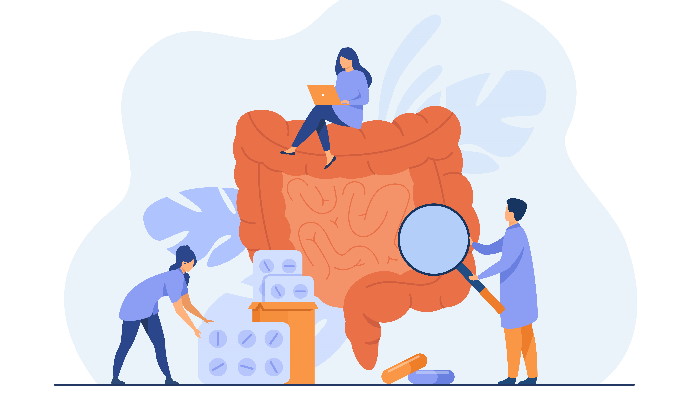 The irritable bowel syndrome or IBS (Irritable Bowel Syndrome) is a gastro-intestinal, chronic and debilitating functional disorder, of which about 1 in 5 people of the Western population suffer.

We may suspect that we are facing a case of Irritable Bowel Syndrome when we experience a feeling of pain or abdominal discomfort, recurring for at least 3 days a month in the last 3 months, associated with two or more of the following events:


Such symptoms must be present for at least 6 months in order to make a diagnosis of irritable bowel syndrome.

Making the right diagnosis, however, is complicated, as this syndrome can occur in various forms:


For some patients, however, irritable bowel syndrome can prove disabling: you may no longer be able to work, make social life or even make trips even if they are short.

No specific therapy has yet been discovered, but there are several possibilities for treating symptoms: your doctor will prescribe the best therapy for specific symptoms and encourage you to control your stress and change your diet.

Nutritional therapy, in these cases, is to follow what is called a diet low FODMAP.

The term FODMAP stands for Fermentable Oligosaccharides, Disaccharides, Monosaccharides And Polyols. These are, therefore, short-chain carbohydrates that cause the greatest symptoms of irritable bowel (constipation, swelling, accelerated transit, meteorism).

Where is it contained?
The FODMAP are contained in a range of foods such as wheat, certain types of fruits and vegetables and some milk products. Depending on the food, we can find FODMAP different:

In the diet low in FODMAP we distinguish 3 stages:

Such a diet is a real alternative therapy in the treatment of irritable bowel syndrome, without having to resort to pharmacological or medical-surgical treatments, also affecting the economic impact that these pathologies have on the cost of health.

Unfortunately, foods that can make the situation worse are not common to all patients, so a patient work of inserting/excluding foods from the diet is necessary to detect those actually causing reactions by annotating them in a food diary. Curated by
Dott.ssa Patalano Myriam Biologist Nutritionist
Ischia Nutrizione Patalano