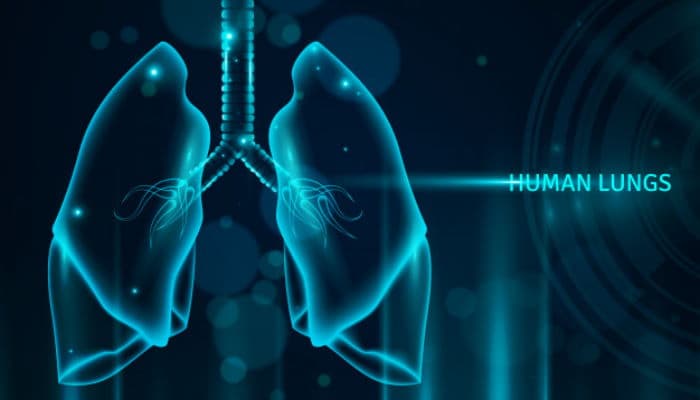 
The Human Being is by definition an open, dynamic, adaptive, dissipative and chaotic system capable of exchanging both energy and matter with the external environment.
How many times have we heard or "we are what we eat"? What does it mean? It means that with nutrition we introduce a series of atoms and molecules that will then form the various parts of our body so, it is more than possible witch us for what we eat! This may seem obvious, (especially in case of food allergies or intolerances, gastro-intestinal diseases, colitis, inflammations or infections of the digestive tract) but it is less obvious when it comes to skin diseases or respiratory diseases, especially Asthma.
By definition, the bronchial asthma is a chronic inflammatory disease of the airways characterized essentially by a spasm of the bronchi, which become very sensitive to the most varied stimuli. According to estimates by the World Health Organization, it affects about 300 million people in the world and very often underestimates the role of nutrition.

There is a significant link between the respiratory system and the digestive system, so between asthma and diet, in the most confirmed cases there is talk of real allergies to certain foods that manifest themselves more with respiratory symptoms (asthmatic crisis, bronchospasm, irritation) than digestives (nausea, vomiting, diarrhea, pain, dyspepsia..).
A large number of people complain of episodes of asthma especially after meals, with the appearance of coughing, feeling of "constriction" in the chest and the classic "whistle" that signals an obstruction of the airways. In this case we talk about reflux asthma, asthmatic seizures due to the presence in the esophagus of acid coming from the stomach.
The link between asthma and nutrition is still largely to be explored, but more and more scientific data seem to indicate that a balanced and 'Mediterranean' diet plays a protective role, while overweight, animal fats and sedentary lifestyle aggravate the breathing difficulties of small asthmatics.

The patient with bronchial asthma, unlike a diabetic, celiac, hypertensive, etc., does not need to respect a particular type of diet (unless he is overweight or even obese) but, with small precautions he can draw relief:

- It is preferable to make light and frequent meals during the day, avoiding the "large eaten" and, in the evening, to spend a period of 2-3 hours between dinner and going to sleep since the horizontal position can favor slow digestion or reflux
- Prefer simple cooking methods such as boiling, steaming, paper avoiding frying
- Minimize the consumption of alcohol especially in the evening (not only spirits but also simple wine, especially white wine that contains a higher percentage of sulphites!)
- Chew food well (the first digestion starts from the mouth!)
- Avoid or limit as much as possible substances that affect the reflux of acid from the stomach such as caffeine, theine, chocolate, mint, alcohol, carbonated drinks, foods rich in fat but also spicy/spicy foods, fatty cheeses, sausages, onions and sour or elaborate sauces
- Green or white tea, white meat, fish, fruit and vegetables (with the exception of those that can contribute to burning and acidity such as citrus fruits)
- A small tip is to sleep in a not entirely horizontal position, perhaps tilting the pillow slightly or adding a second so as to limit the influx of acid along the esophagus.