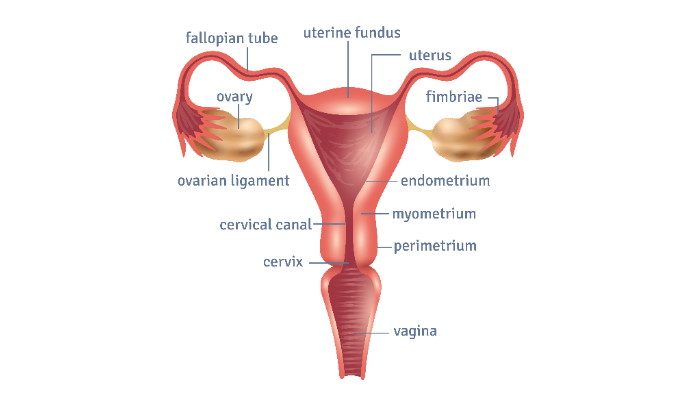 A woman with two of the following characteristics may be affected by PCOS that is Polycystic Ovary Syndrome:

- Chronic absence of ovulation (the process that releases a mature egg from the ovary) leading to menstrual irregularities
- A high level of androgens (a type of hormone) is not associated with other causes or conditions
- Cysts in one or both ovaies (as detected by ultrasound).

In addition, they are often associated with this situation severe acne and excessive growth of fluff.

A recent research shows that women with cholystic ovary syndrome are more prone to other dysfunctions, which cannot be considered symptoms. The presence of these other pathologies can affect the chosen medical treatments. Let us remember, for example:

In cases of overweight, it is widely recognised that perditional loss leads to a marked improvement in PCOS and all related manifestations: irsutism and androgenism, insulin resistance, infertility, amenorrhea or oligomenorrhea. Therefore, if PCOS is related to excess body weight, slimming is enough to improve the patient's clinical picture and significantly increase the chances of conception.

The best food strategy, both for overweight and normoweight women, is that of a low-blooded diet that also allows to improve insulin resistance which is one of the main causes of amenorrhea or oligomenorrhea. In addition to nutrition, insulin resistance can also be addressed thanks to the physical activity.

Examples of foods with a mic index and advice:

- Whole grain cereals in grains (such as barley, farro, rye, oats), minor cereals (buckwheat, millet, amaranth, quinoa), vegetables, legumes, whole fruits.
- Pasta less cooked results in a better lycemic response than the very cooked one
- Fruit generally has a low glycemic index especially when consumed with peel (as long as it is not treated) and not centrifuted or smoothied: this also affects the speed with which sugars pass into the blood. In addition, the quantities should not be excessive for the concentration of simple sugars
- Always combine first courses with fiber and/or fat and/or protein, as these three components lower the blood sugar load
- Prefer rye bread because it determines a better response than simple white or wholemeal bread
- Sweets are to be limited especially if you are overweight
- Milk, yogurt and cheese have a low glycemic index (since they contain few sugars) but regardless of their sugar content they still involve a strong stimulation of insulin secretion therefore they must be consumed in moderation
- A final tip is to have a very abundant breakfast (which is well balanced in the contribution of the different macronutrients) and limit instead the kcal consumed at dinner (a small portion of protein accompanied by a portion of vegetables and extra virgin olive oil). Recent studies have shown that this type of strategy, applied constantly, leads to an improvement in the clinical and symptomatic picture. Of course it is a strategy to be carried out in the long term and not for a short time (otherwise the symptoms and annoyances reappear). Of course sgarri are allowed as on weekends or occasional events/holidays but, in most of the time, it must be a controlled diet.