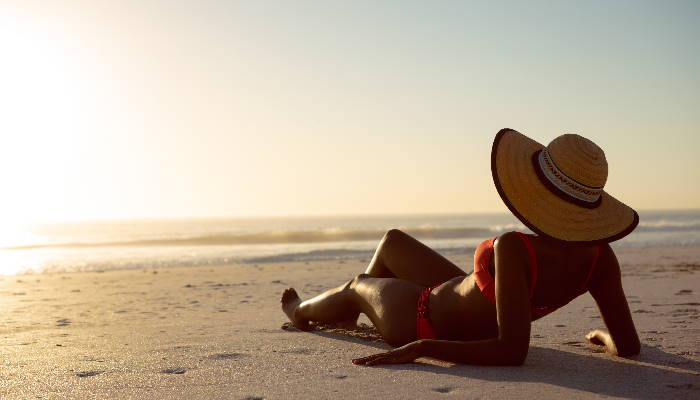 
The Vitamin D is fundamental for our organism: it is known for its ability to promote calcium absorption and keep bones healthy but it is also beneficial for the brain and the heart.

The daily requirement of vitamin D is still a cause for controversy: it goes from 400-600 IU/day to 8,000 IU/day, In addition, the factors that favor intestinal absorption of vitamin D and its conversion into the partially active form (calcidiol) and fully active form (D3: calcitriol) are still unclear.

It can be taken thanks to nutrition but it is a vitamin that the human organism is able to produce and, through seeposition, it is activated thanks to ultraviolet rays.
There are several forms of Vitamin D, the main ones are Vitamin D2 (or ergocalciferol, of plant origin) and Vitamin D3 (or calcitriol of animal origin, including humans) and both forms, once synthesized, must be activated at the liver and renal level.
In recent years it has been seen that Vitamin D is also activated directly into the tissues, without passing through the liver and kidneys.


In the skin, on the other hand, we have a reserve of a provitamin, called deidrocholesterol, which through the action of UV rays is transformed into an intermediate compound of vitamin D3, later converted into the active form at the liver and kidney level.
Approximately 20-30 minutes of sun exposure, with arms and legs uncovered and without sunscreen, are able to produce 10,000 units of vitamin D. That's why exposure to the sun at the right times of the day (8-11 and 16-20) with very low or even no sunscreen would be good. Exposure instead during the "peak" hours with high sunscreen results in a decreased production of vitamin D in active form, if there is no protection in those hours in addition to UVB rays there are several rays harmful not only to the skin but to our health in a generic sense.
The exposure to the sun necessary for a correct synthesis of vitamin D depends on at least several factors:
- As we age, we become less able to synthesize vitamin D
- Obese or very overweight people are often in a situation of malnutrition (not macro but MICRONUTRIENTS, therefore vitamins and mineral salts). Fat-soluble vitamins, such as vitamin D, are accumulated in adipose tissue and are less available to metabolic processes.
- The presence of intestinal absorption problems or autoimmune pathologies is often associated with a vitamin D deficiency (despite proper nutrition and sun exposure).


Foods that contain the greatest amount of vitamin D are Fish oil, styped fish (herring, salmon, anchovies...), feed of animals, butter, tyling, egg yolk. As for the plant world, a fair amount seems contained in algae and fungi. In general, the food that contains the most is cod liver oil (210 μg/100g).
Of course, here too, the only discourse is worth the only discourse and that is the choice of raw materials of which are of quality: organic eggs (even better if taken by the trusted farmer), fatty fish of safer origin (also the consumption of small fish such as sardines is preferable, mackerel and anchovies due to their minimum mercury content due to water pollution), quality butter and cheese, meat and offal of grazing animals "grass fed" (if you are not sure where the meat comes from it is preferable to discard both visible fat and offal (heart, liver, etc.)

Among the most common vitamin D deficiency symptoms we find bone pain and muscle weakness. For most people, these symptoms may be so mild and subtle and imperceptible that they do not raise any alarm bells.

A deficiency of vitamin D, as many will know, is linked to bone problems until the appearance of osteoporosis (since it is involved in the absorption of calcium), can lead to deformation of bones, abnormal arching at the level of the lower limbs and spine. Those concerning bone structure are the best known but not the only deficiency symptoms: a deficiency could also lead to heart problems (adequate levels of vitamin D greatly reduce the risk of heart disease), asm in children, cognitive disorders in the elderly and increased chances of pathologies such as Alzheimer,

Do not to be underestimated among the symptoms of vitamin D deficiency: swinging mood, unjustified sadness which can result in a real depression (which may be due to low levels of serotonin), sushumation of the hands for no apparent reason.

In children, in addition to asthma, one of the most serious consequences is Rachitism. It is therefore important to have adequate sun exposure and adequate nutrition not only in the early stages of life and growth, but also in women during pregnancy and lactation.